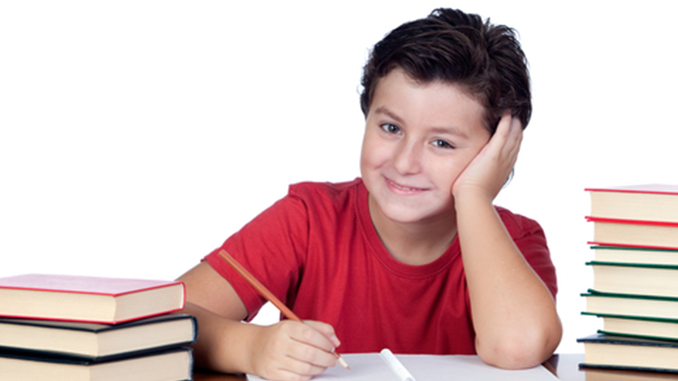 Learn how Brian got back to acting, and not just acting out.

Brian is the youngest of three children and lives at home with his mother, father and two older siblings. He is seven years old. His parents reported that Brian was delivered full-term; however, he was born with Transient Tachypnea of the Newborn (TTN) causing respiratory difficulties which required the use of an incubator and oxygen. Brian spent approximately a week in the Special Care Nursery before being discharged. Although Brian experienced a difficult start, his parents reported that he is currently in good health. Currently, Brian takes the medications Tofrinal and Risperadol once daily. Brian was seen for Interactive Metronome training and evaluation at the Palmetto Language & Speech Center, LLC based on a physician referral. Caregivers expressed concern for Brian with regard to language processing, attention and focusing in activities of daily living (ADLs). During the evaluation, his parents reported that Brian exhibits low to no impulse control and a high degree of distractibility. Brian’s mother also reported that he has difficulty following directions given orally which results in directions being repeated several times. According to his mother’s report, Brian usually expresses his anger or frustration by yelling or having an “emotional meltdown.” His parents reported that Brian exhibits the following behaviors in his natural environment: short attention span, hyperactive behavior and repetitive habits such as chewing. Brian has a very good relationship with his parents. His parents reported that he has a better relationship with his sister than his brother but both struggle with Brian’s lack of impulse control. Brian attended Baptist preschool program until he was four years old. At that time, he began attending preschool at Lake Elementary. Brian then attended a 5-K program at Lake, where he is currently enrolled. His parents described him as “friendly, loving and smart.”

The Interactive Metronome (IM) is a brain-based rehabilitation assessment and training program developed to directly improve the processing abilities that affect attention, motor planning, and sequencing. This, in turn, strengthens motor skills, including mobility, gross motor function, and many fundamental cognitive capacities such as planning, organizing and language.

The normative ranges for IM performance are as follows:

There are fourteen tasks measured in the long form assessment taken at the beginning, middle and end of IM training. Brian completed 27 sessions over a three month period. The results are displayed in the following table.

The Test of Auditory Processing Skills-3 (TAPS-3) was administered three weeks before IM training and again after his final session. The TAPS-3 was designed to assess the processing of auditory information that pertains to the cognitive and communicative aspects of language. The TAPS-3 subtests were designed to provide information for four areas: auditory attention, basic phonemic skills, auditory memory and auditory cohesion. Derived scores for the TAPS-3 can be obtained using raw score conversion to scaled score, standard scores, percentiles, and test-age equivalents. All subtests were presented in a quiet listening environment without distractions. Test results are categorized below.

The Social Emotional Evaluation (SEE) was administered pre and post-training to determine the child’s emotional and social awareness abilities. The SEE was designed to evaluate children from age 6:0 to 12:11. The SEE is composed of one supplemental subtest, four core subtests and a Social Emotional Questionaire that is completed by both a parent/ caregiver and a specialist, such as a SLP, and/or educator. Derived scores for the SEE can be obtained using raw scores, z scores (mean = 0, standard deviation = 1) and percentiles. This assessment is criterion-referenced and compares the child’s ability to a predetermined expected level of performance.

Based on raw scores, z scores and percentiles with the SEE measure, Brian showed significant gains in his social emotional language skills after receiving IM training.

The Test of Everyday Attention for Children (TEA-Ch) was first administered over the course of two days in order to obtain maximum results. The TEA-Ch was re-administered two months after completing IM training. The TEA-Ch was designed to determine the child’s relative attention across different capacities (selective/focused attention, sustained attention, attentional control/switching, sustained-divided, sustained attention/response inhibition). The TEA-Ch has an age mean of 10 and a standard deviation of 3. The child’s raw score can be converted to a standard score, which is the age scaled score.

The Test of Everyday Attention for Children (TEA-Ch)

Brian’s parents were given parent surveys pre and post-IM training. The parent survey asks them to rate their child’s behavior on daily function tasks and communication tasks with ratings ranging from 1 being “strongly disagree” and 10 being “strongly agree.” For example, a daily function task item is “My child is able to multi-task well.” An example of a communication task is “My child indicates understanding of things being said to him/her.” The parents rated an improvement in 12 out of the 16 opinion statements after the completion of the IM training.

Brian’s parents and his classroom teachers reported that he was unable to attend and focus when we first met for training consideration. Brian was impulsive and struggling with behavior outbursts in school and his natural environments. Caregivers reported that he has been prescribed a variety of medications to help manage anxiety, attention/focusing and behavior including Prozac, Risperadol, Adderal and Imipram. However, medications have been changed several times due to Brian having “three bad days for every two days.” His parents described a “bad day” as Brian acting “silly, using ‘bathroom’ language and being impulsive.” According to his mother, Brian’s teacher reported that he was sent to the administrative offices, was interruptive, slow to follow directions and disruptive. His teacher also “backed off” of academics with Brian to manage behavior. During his pre-assessment sessions, Brian struggled with sitting at the table and staying on task for more than twenty minutes. During IM training and post-assessment, Brian’s parents and others noticed marked changes in his ability to attend, focus and cope with ADLs. Classroom teachers reported big improvements in Brian, noting better skills with “behavior, interaction, attention and work completion.”

“He seems like himself again.” “He read and answered questions and did his writing well without whining.” “Whatever is going on is really helping him!” “Please keep it up!” “Brian is interested in writing now and can write for some time.” “I can read what he wrote!” “He read with the middle-schoolers and with me in small reading groups and was able to stay on task.”

Brian’s parents shared that he is more cooperative with his siblings and peers. He is also easier to calm and better able to self-regulate before his emotions escalate out of control. Brian’s motor skills have improved with eye/hand coordination. He was very excited and proud to be able to keep up with his sister during a putt-putt golf game and was able to complete a full game with a very competitive score. One the most noticeable benefits and rewards for Brian was being able to act in local theatre. His mother shared that this was a dream for Brian, but he was previously unable to self-regulate, attend, or focus well enough to carry out such a task. Brian and his family were very pleased and proud of him for making such great gains in all areas.

Reevaluate Brian’s IM scores in one year for maintenance. • To find out more information about IM updates, refer to IM website at www.interactivemetronome.com –