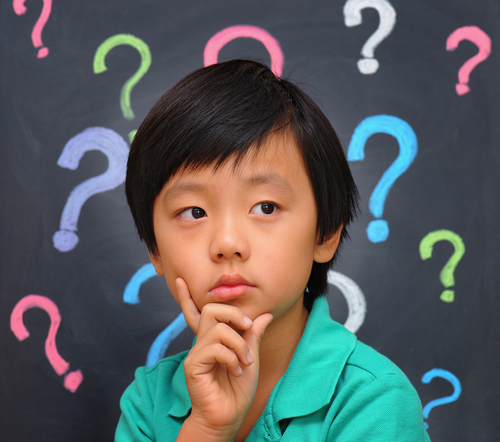 Bringing Joy Back Into Childhood

Kevin is a 3 and a half year old little boy who was born premature and demonstrates developmental delays. He attends a developmental preschool and receives occupational, physical and speech therapy. Kevin is non-verbal and communicates through facial expressions, vocalizations and crying. Kevin made fleeting eye contact and was easily overwhelmed with his classroom environment, which resulted in frequent crying, anxiety, fear responses and self-stimulatory behaviors. He would become overly attached to objects and became upset when he was encouraged to transition away from the preferred object. He demonstrated interest in toys but tended to roll them between his hands, exploring them visually and manually rather than playing with them in the manner in which they were intended. Kevin required extensive amounts of time to manage his sensory needs in his classroom and during his therapies, resulting in limited time spent on functional tasks. Kevin was very sensitive to noise and frequently covered his ears. He sought out deep pressure sensory experiences as well as linear movement experiences such as swinging and rocking. His teachers and therapists had significant difficulty engaging him in any type of structured task or play such as placing rings on a stacker, coloring or participating during clean-up time.

Due to Kevin’s difficulties, he was unable to be evaluated using a standardized assessment as he was unable to follow instructions or demonstrations to complete testing criteria. Through clinical observations, Kevin demonstrated all developmentally appropriate grasp patterns including a pincer grasp, but he had not yet mastered the ability to retrieve items from an open container or precision release skills such as stacking blocks. He demonstrated symmetrical bilateral hand skills as he was able to clap, hold and explore toys with both hands. He was able to use his hands supportively when he held or stabilized toys with one hand while he touched or explored it with his other hand. He did not demonstrate opposing hand skills. Kevin did not engage in coloring tasks or other classroom tasks requiring tool use.

Some of Kevin’s general therapy goals were to increase independence in classroom routines such as hand washing and toileting, expand his variety of play, increase participation in functional fine motor and gross motor activities, and improve nonverbal communication. In order to achieve these goals, Interactive Metronome® training was initiated. Interactive Metronome® (IM) is the only training program that improves timing in the brain in an organized, systematic, flexible and engaging format. Research shows that combining movement and cognitive tasks leads to better overall outcomes and improvements in fine and gross motor control, coordination, language and cognition, and enhanced balance and gait. IM is a patented and unique training tool that challenges thinking and movement simultaneously, providing real-time millisecond feedback to help synchronize the body’s internal clock.

In order to complete IM training, Kevin needed hand-over-hand assistance to tap the button trigger with both his hands and feet. During his first IM session, Kevin briefly performed gross motor rhythmical movements to Bringing Joy Back Into Childhood Amy Kampschroeder, IM’s default metronome setting (54 beats per minute). However, as soon as the IM metronome beat began, Kevin instantly calmed and was no longer agitated in any setting in which a metronome was used including his classroom.

Over the next 3 months, IM and a standard metronome was used with Kevin twice a week during therapy. In addition, his teacher and his mother used a metronome to calm him throughout the day, usually during nap and bedtime. Within one month, Kevin began to follow some of his classroom routine. For example, he reached for his teacher’s hand for the first time ever and then walked with her into the bathroom rather than crying and resisting the process. He was also sitting quietly at the table during lunchtime rather than crying and sometimes even ate his food. Kevin also demonstrated decreased aversion to loud noises. During one treatment session, he actually banged toys together creating a loud noise and then experimented making loud and soft noises.

After only 2 months of IM training, Kevin began making eye contact for several seconds at a time and was laughing and smiling in a gleeful manner. He began to increase his exploration of toys and even held a marker that he scribbled with for a few seconds. Kevin began playing purposefully with toys and demonstrated basic problem solving skills. For example, he placed a ring on a stacker independently and placed small toys into a container with a small opening. When one of the small toys missed the opening, he searched the surface for that specific small toy, ignoring all the others, in order to try to place the original toy in the container. He completed that task by placing all the toys in the container independently. His physical therapist reported that Kevin had remained in a calm state for a full 30 minute treatment session while making eye contact numerous times.

His therapists weren’t the only ones who noticed the changes in Kevin, his mother reported improved interaction and play at home with his sisters. Since she began using a metronome at home, he has shown improvements in his bedtime routine and sleep habits as well. His mother also noted that he understands simple language such as “no” much better. His teacher said that he shook his head “no” appropriately in response to a question he was asked. She also reported improvements in his ability to wash his hands from requiring hand-over-hand assistance to managing approximately 25% of the task himself.

Kevin has shown so much improvement and growth over the course of his IM intervention. The most significant changes have been in his level of interaction and engagement with others; his ability to achieve and maintain a calm state; and his ability to participate in functional tasks and play. Progress in these areas have led to greater development in his motor abilities, in addition to participation and toleration of classroom routines. Overall, Kevin is more animated and happy. He continues to surprise those around him with his growth and accomplishments